Corals are the building blocks of marine habitats and oxygen-giving marine organisms. They cover only about one percent of the ocean floor, but they have a huge effect on the health of the rest of the ocean and the planet. The Florida Aquarium is working to protect and restore oceans and raise awareness about the threats coral reefs face (increasing water temperature, pollution and overfishing).

According to a recent press release, Rachel Serafin, a coral biologist at The Florida Aquarium, spoke at the World Aquaculture Society Conference held recently in Las Vegas. Serafin spoke about The Florida Aquarium’s unprecedented success in coral reproduction, and this year has been the Aquarium’s most successful year to date in coral reproduction. The Aquarium currently has roughly 600 coral juveniles that have survived and flourished from last August’s spawning event (when corals release eggs and sperm in the water at the same time to reproduce).

“Speaking at this conference, on a global stage, is a necessary step forward for coral restoration. Corals are not your typical cute, cuddly animal. They are often forgotten, but they are vital to the health of our oceans. Speaking at such a prestigious conference allows us to bring attention to this critical issue before it is too late and all our reefs are beyond repair,” said Serafin.

“Aquaculture is the rearing of aquatic animals such red drum or snook, and coral is no different,” said Serafin. “While some rear fish to replenish wild populations, we rear corals to help replenish those wild populations that are in dire need of our help.”

There are different types of coral aquaculture practices that The Florida Aquarium uses to aid in coral restoration, but genetic creation through sexual reproduction was the focus of Serafin’s presentation.

The Florida Aquarium is a leading partner during the annual staghorn coral spawn in the Florida Keys. The annual coral spawn gives corals their only chance to sexually reproduce on their own and build future coral reefs, and this process is vital for scientists to witness for coral research and conservation.

Every year, The Florida Aquarium and other partners dive 30 feet below the ocean’s surface in Tavernier Key, expertly collecting the spawn from the Coral Restoration Foundation’s coral nursery, and deliver them to teams aboard research boats. Those teams immediately begin the fertilization process using the bundles of eggs and sperm (gametes) and rush them to on-shore labs to maximize the development of embryos and ultimately free-swimming larvae. Some of the larvae were released to the wild, while others were brought back to grow at The Florida Aquarium’s Center for Conservation in Apollo Beach, FL and at other partner institutions.

Baby Stingrays at the Florida Aquarium

One of the aquarium's oldest resident, Rosanne Barb, gave birth to five pups September 9th, 2008. Stingrays give birth to live, wriggling young, that pop out rolled up like a cannoli. 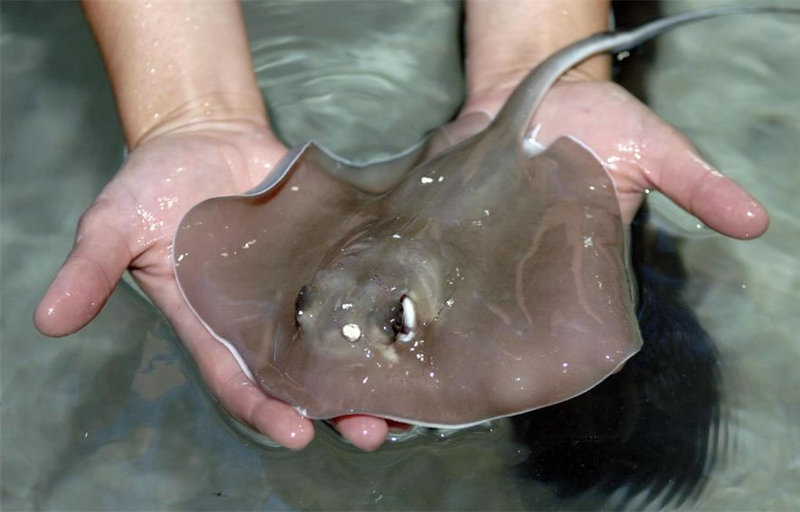 Stingrays give birth to live, wriggling young, that pop out rolled up like a cannoli. 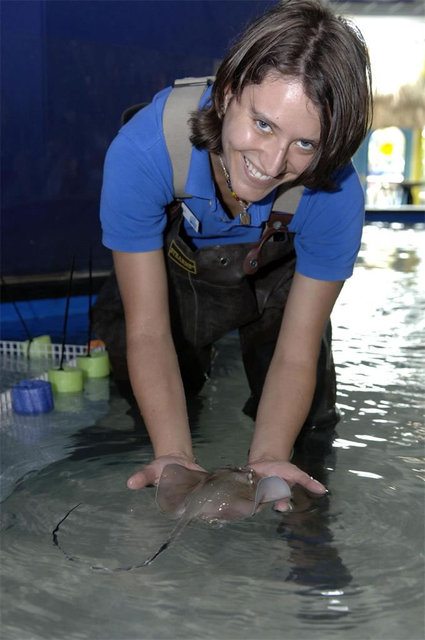